Gambling Commission report produced by Ipsos on young people and their gambling behaviour, attitudes and awareness in 2022.

Play in an adults-only area

Young people who recalled playing on arcade gaming machines were asked if they had ever done so in an adults-only area, for example in an amusement arcade or holiday park, or somewhere with a sign or sticker saying '18 or over'.

Looking at those who had gambled in an adults-only area, young people who had seen their family members gamble were more likely to have done so than average (14 percent compared with 9 percent). As mentioned previously within the section on Who is with young people when they play gaming machines?, the majority of those who played arcade machines were doing so with someone else present (89 percent), typically their parents (57 percent). 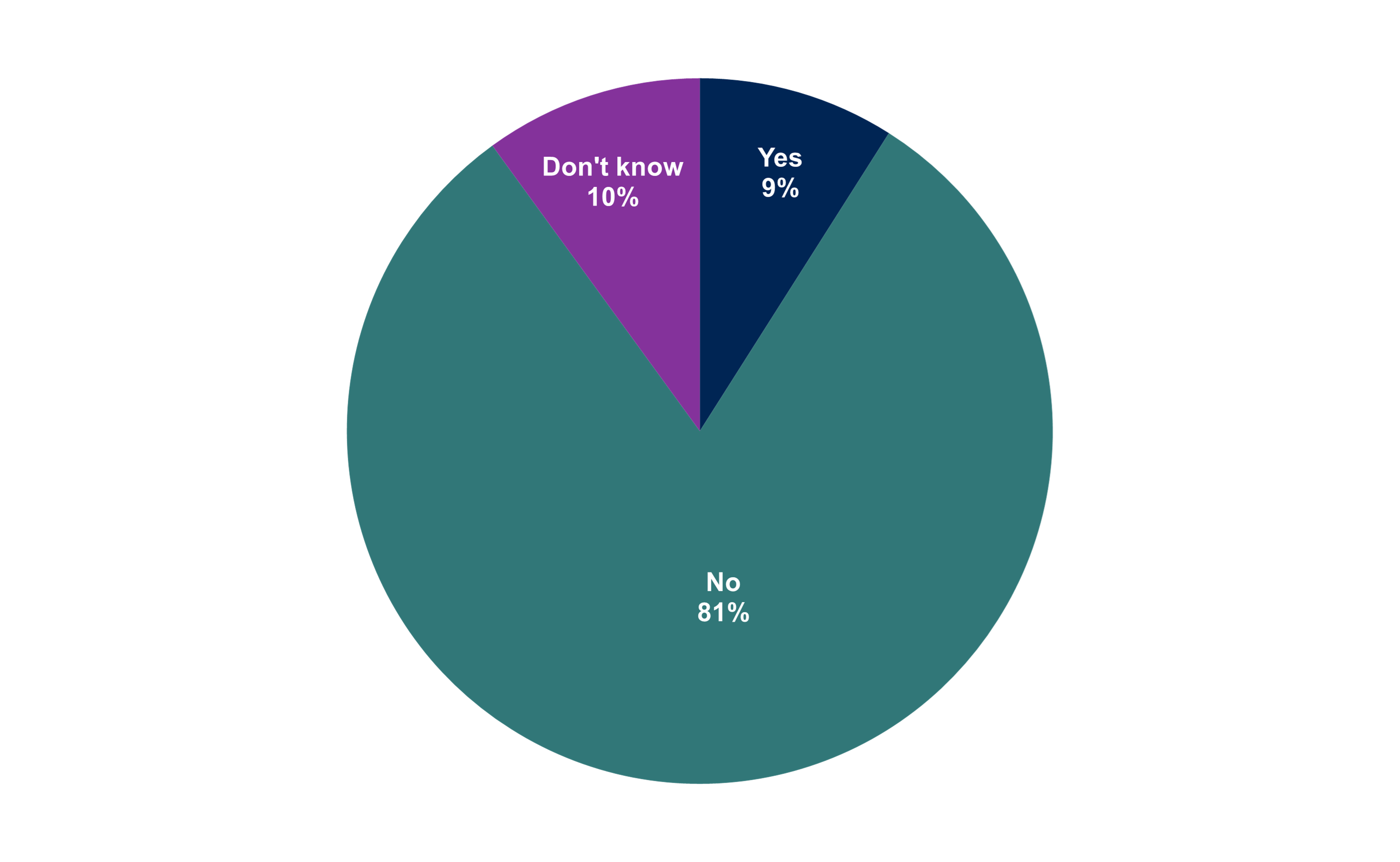 FRUITWHERE. As far as you know, have you ever played on any of these machines in an adults-only area or somewhere with a sign and/or sticker saying '18 or over'? For example, an adults only section of an amusement arcade or holiday park.
Base: All 11 to 16 year olds answering who have played arcade gaming machines or fruit and/or slot machines and know machine played (1,277).