This section reports data on online gambling behaviour in the year to December 2019, using data collected via the Commission’s quarterly online survey conducted by Populus. Surveys are conducted with people in Great Britain aged 18+. The core questions in the survey ask online gamblers about how and where they gamble online.

eSports (Electronic Sports) are the competitive playing of video games and whilst not new, in recent years their popularity has continued to grow both as an entertainment and betting activity. eSports events or matches can be bet on using either money or in-game items such as skins, points, tokens, coins, or weapons. All respondents were asked whether they have bet on eSports in the past four weeks, past 12 months or have ever bet on eSports.

Participation for betting on eSports with items has decreased significantly amongst those in the 25-34 age category (10%; a 4 percentage point decrease from 2018).

Engagement in eSports betting was highest for males; 8% had ever bet on eSports using either money or in play items compared to 5% of females.

Figure 19: Ever bet on eSports using money or items by gender(Online Tracker; n=4,145) 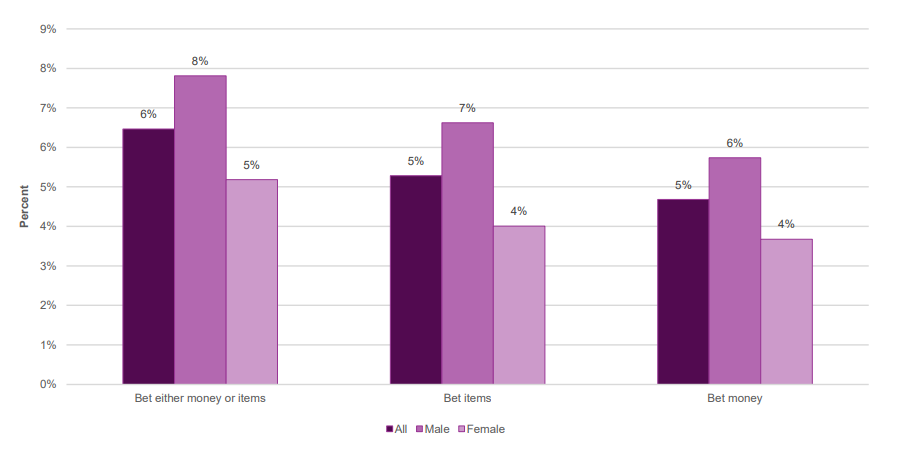