As well as overall perceptions of gambling this section includes more specific public attitudes and opinions towards gambling in Great Britain.

Respondents were asked about a series of attitudinal statements, originating from a shortened version of the Attitudes Towards Gambling Scale (ATGS-8)29 and the extent to which they agree with them was measured. This scale, consisting of a series of 8 statements, was developed with each statement expressing an attitude towards gambling, with five response options on a likert scale from strongly agree to strongly disagree.

82% of respondents agreed that there are too many opportunities for gambling nowadays (a significant increase of 3 percentage points since 2018), whilst 73% agreed that gambling is dangerous for family life.

There has been a significant decline in the proportion of respondents agreeing that ‘gambling livens up life’ (26%; a 2 percentage point decrease from 2018). 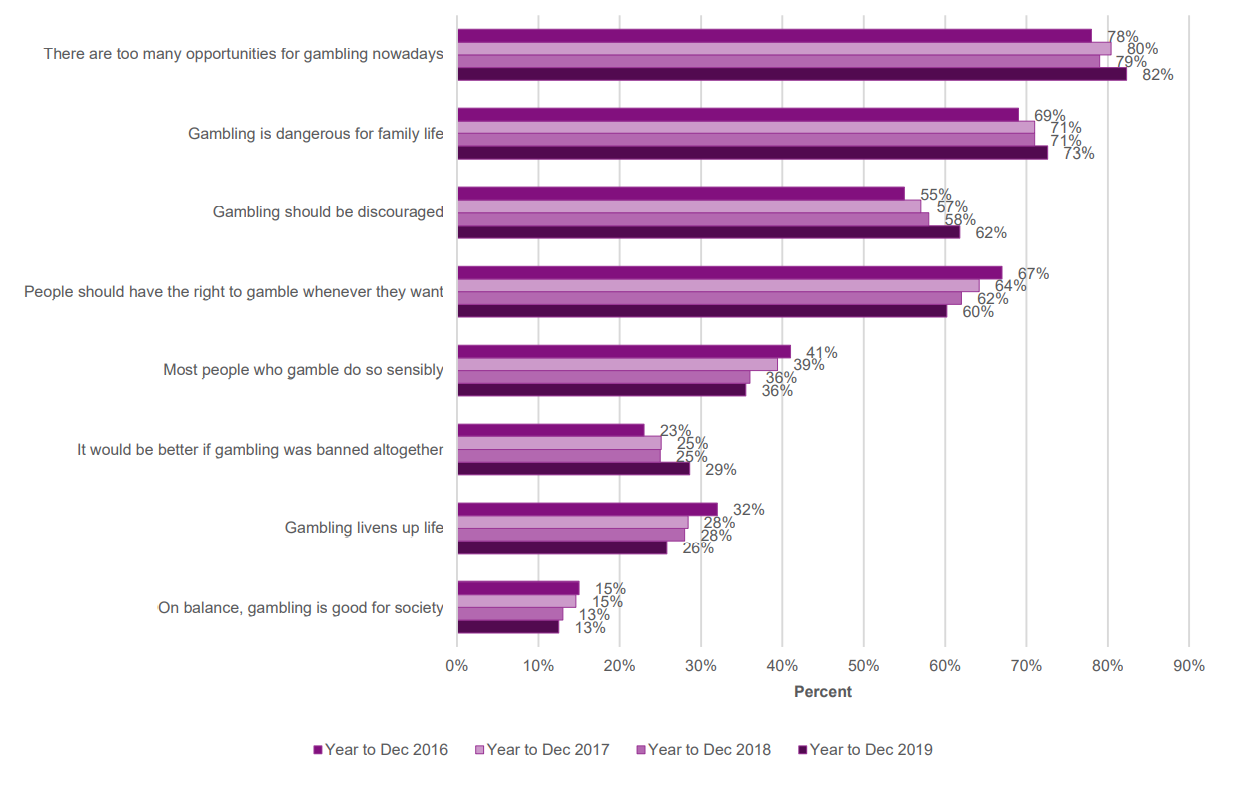 29 In the 2007 British Gambling Prevalence Survey (BGPS) questions were developed for the first time to capture this data. Due to constraints on questionnaire space in the 2010 BGPS, the number of attitude items was reduced, and the scale was redeveloped as a shortened eight item scale called the ATGS-8. The ATGS-8 statements were added to the Commission’s telephone survey in March 2016.