What we learnt in phase one

Retail premises closed on 20 March and online the overall number of active players decreased by 5% between March and April.

0.2% of adults surveyed stated they had started gambling for the first time during the previous four weeks, compared with 2% who had stopped gambling altogether46.

Some existing gamblers participated in new products. YouGov research showed that around three in ten (31%) past-four-week gamblers said that they had tried one or more gambling activities for the first-time during lockdown47.

This figure increased to almost half (48%) of engaged gamblers participating in three or more activities. This was relevant to products such as online slots which are not dependent on the outcome of real events and importantly have features which can be associated with higher intensity of play and therefore can pose heightened risk to players. 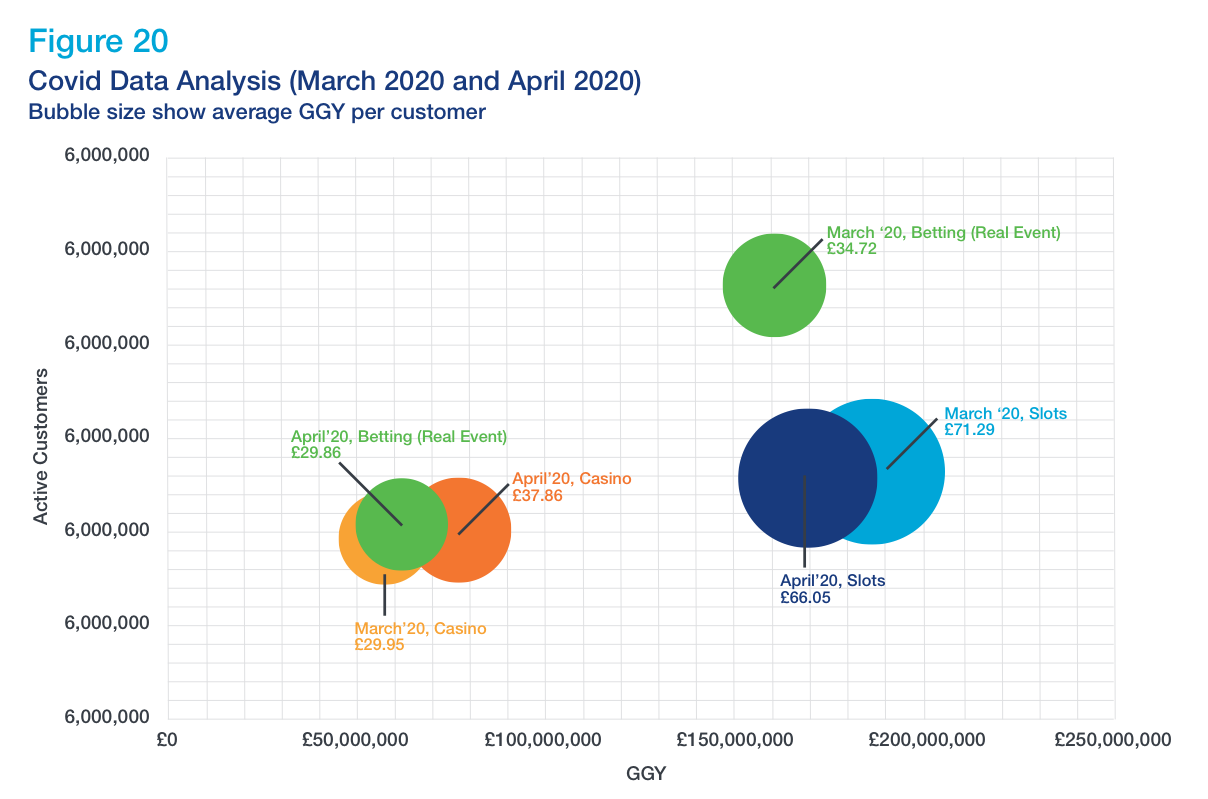 Although most did not, certain groups were more likely to increase their gambling during lockdown:

Engagement was noticeably higher in April 2020 than the previous year. Particularly high engagement can correlate with higher risk.

47In the ﬁrst wave (16-17 April) the last four weeks could include a short period pre-lockdown, but we do not think this point impacts the ﬁnding signiﬁcantly. For clarity this also includes NL products. By the engaged here we mean those who have participated in three or more gambling activities in the last four weeks (n=248).