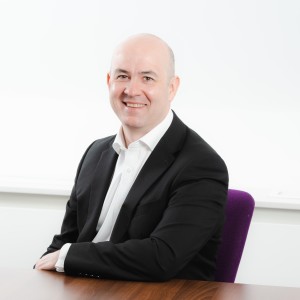 The Gambling Commission has announced the appointment of Andrew Rhodes as its new Interim Chief Executive.

With over 20 years of private and public sector experience, Andrew will join the Gambling Commission later this month to take up the post for an 18-month period.
Andrew joins the Commission from Swansea University where he was Registrar and Chief Operating Officer. Prior to his role in higher education, Andrew has held senior roles at a range of organisations including Department for Work and Pensions, Food Standards Agency and the DVLA.

Andrew Rhodes said: “The Gambling Commission is one of the world’s highest profile and most respected regulators so I am delighted to join the team at such an important time. Protecting the public and players from gambling harm will continue to be central to our work and I am looking forward to meeting people from across the industry and those with lived experience to understand the issues and opportunities which lay ahead.

“This is a great time to have the opportunity to work in gambling regulation. The Government’s Gambling Act Review represents a fantastic opportunity to deliver real and sustained improvements in the way gambling is provided and regulated. As the regulator we have a unique and important role to play at the forefront of that change.”

Commission Chairman Bill Moyes added: “Andrew has a first-class track record of delivery, strong leadership and innovation both in the private sector and in the civil service.

“I have no doubt he will prove to be an exceptional appointment here at the Commission and it comes at a time when the spotlight is on gambling regulation and operators. I am looking forward to working closely with Andrew as I prepare to hand over to a new chair in September.”